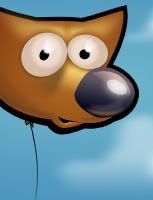 I was perusing the open source software related news this morning trying to wake up and came across an item at Tech Drive-in called Install New GIMP 2.6.9 in Ubuntu 10.04 Lucid Lynx. I know that GIMP 2.7.0 is the next stable version to be released and understood that it wasn't going to become available until the end of 2010 or the beginning of 2011. What's GIMP 2.6.9 have to offer?


It's been a while since the last release. Quite a few bug-fixes have piled up in the stable branch, so here's another release in the stable GIMP 2.6 series.

There are just a ton of bug fixes included in 2.6.9 for a wide variety of languages. The full details are at developer.gimp.org. Should you be concerned? Probably not. I haven't found GIMP 2.4.6 to be in such a condition that I've been dying for an upgrade. Also, the option to use synaptic (and thus apt-get) to perform such an upgrade on my Ubuntu 8.04 LTS (Hardy Heron) computer doesn't exist (no, I haven't gotten around to upgrading to Lynx, yet).

Even for the Lucid Lynx, you have to jump through a few minor hoops to install GIMP 2.6.9 and unless you really need the bug fixes listed, it's probably not going to change your GIMP experience appreciably if at all.

Not sure if I could make the 2.6.9 upgrade option available for my current version of Ubuntu or if I should care. I know I could download the 2.6.9 tarball and install that way, but I prefer to use apt-get/synaptic to manage my applications.

I checked and for Windows using the Windows installer, the latest version of GIMP available for immediate download is 2.6.8...close, but no cigar.

The interesting news is that 2.6.9 was released on June 23rd, making it the first release of any version of GIMP since last December. Looking forward to GIMP 2.7.0 in another six months.
Posted by james.pyles at 7:34 AM 7 comments: 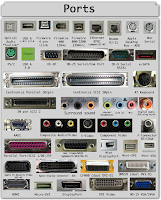 Credit geekologie.com for posting this one page PC hardware "cheat sheet" on the web. According to the Geekologie about page, "Geekologie is a geek blog dedicated to the scientific study of gadgets, gizmos, and awesome. There are a lot of shiny new things out there, and Geekologie is dedicated to finding every last one of them for you."

The blog tends to lean towards things Star Wars, but has plenty of other interesting tidbits, photos and videos. Oh. You probably want to see the cheat sheet (since I've written a computer hardware related book or two, I'm naturally attracted to this sort of stuff). Here it is:

Using GIMP: It's Getting Closer

Not sure exactly when the eBook will be released. All of the deliverables are in and most of the editing is done. Going over the PDF pages now to make a final check of everything, so the book isn't 100% quite yet. Just to give you a taste though, here's some samples from the front matter. Enjoy. 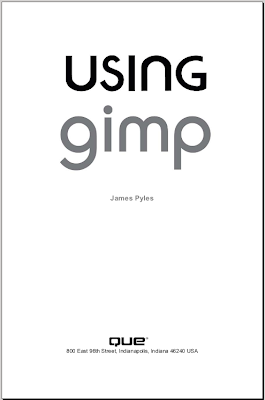 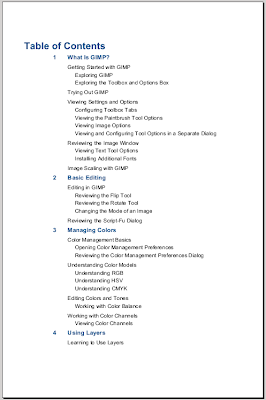