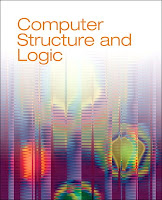 Most books on computer or IT certs focus like a laser on a particular exam. Often, but not always, technical certifications are tied to a particular company (Microsoft, Cisco...) and a particular technology (Windows, SharePoint...). However, the blurb on the back of this book says:


Your first step toward certifications from CompTIA, Microsoft, or Cisco...absolutely no experience necessary!

The book has a certain logic to it and an assumption. The assumption is that there are people out there who are interested in information technology certifications and a career in IT who pretty much have no idea how computers and computing technologies work. Usually (but not always) people who self-select for a career in a technological field have some prior knowledge about it or at least some sort of aptitude. This book assumes a target audience that doesn't.

The logic of the book is to take the reader to an absolute in-the-basement starting point regarding IT, and to build them up one subsystem and one chapter at a time. This isn't a reference book. For the reader to get anything at all from what's written here (assuming the readers are the target audience), they will have to start at the beginning and move through each chapter in sequence. No short cuts.

To that end, Chapter 1 is "Introduction to Computers". I'm not kidding. You start out with a high level view of the history of computing, beginning with the first computers created in the 1940s. That sounds as dry and moldy as week-old toast, but it's a necessary first step for a person who may not even know what makes a computer work on a fundamental level. What is a CPU? How does it interact with working storage (RAM) and input devices (keyboard and mouse)? Page 9, for example, includes a drawing of a cutaway view of an NMOS transistor. Now that's basic. So is the Chapter 1 section called, "What is a PC?".

Each chapter ends with a series of review questions immediately followed by an answer key that contains a brief explanation for each item. Chapters can contain one or more case studies and the solutions for each one can be found after the review questions and answers. This book reads less like a self-study guide for a computer certification and more like a beginning computing text book. I can see this book being marketed mainly to high schools, vocational schools, and possibly to universities with an eye on the very first freshman class teaching computer technology.

Chapters 1 through 6 are strictly focused on hardware (I/O ports, motherboards, CPUs) but Chapter 7 transitions the reader into the software part of the book by introducing BIOS and the boot process. After that, the remainder of the chapters cover operating systems, including Windows, Linux, and Mac, security basics, networking basics, and beginning troubleshooting skills. By the end of the book, the reader should have an elementary understanding of how modern computers work, including some networking fundamentals. This information can then be used to bridge the reader to further studies mapping to CompTIA A+ and Network+ exams (Linux isn't covered sufficiently to carry the reader into the Linux+ certification without a great deal of additional study).

From the CompTIA A+ and Network+ exams, I can see the reader, building on what they've learned, moving into the entry-level Microsoft Windows and Cisco certifications, but you are talking about starting the journey at the very beginning of the trail. I'm not sure I'd recommend this book for a person interested in certification self-study unless they were very disciplined and enjoyed learning "textbook-style". The book seems a better fit for a group learning experience such as a traditional classroom, or as a supplement for on-line education.

If you've tried the CompTIA A+ exam and felt you were in over your head because you didn't understand basic computer concepts, Computer Structure and Logic might be a good resource for you, but you should really want to learn computing in order to benefit from this book. Otherwise, the rather dry presentation, especially in the beginning chapters, will stop you cold.
Posted by james.pyles at 3:15 PM No comments: